Capital spending in the oil and natural gas industry is expected to be about $2 billion higher in 2020 compared to last year. This represents a four per cent increase in capital investment in the conventional side, and an eight per cent increase in the oil sands, according to the Canadian Association of Petroleum Producers (CAPP).

Conventional oil and natural gas capital investment for 2020 is forecast at $25.4 billion, up from an estimated $24.4 billion last year.

Capital investment in the oil sands is forecast at $11.6 billion in 2020, up from an estimated $10.7 billion in 2019. This marks the first time in five years that oil sands capital spending is expected to experience an upswing.

Overall for the oil and natural gas sector, total capital investment this year is forecast at $37 billion, up from an estimated $35.1 billion in 2019, for a combined increase of six per cent in 2020. This would halt the dramatic decline seen since 2014, when investment numbers reached $81 billion.

The extra $2 billion in capital spending creates or sustains about 11,800 direct and indirect jobs across Canada (approximately 8,100 in Alberta, and 3,700 in the rest of the country).

The main driver behind the expected increase is a more competitive economic environment as a result of certain key policies:

In addition to more competitive fiscal policies in key provinces, oil producers are cautiously optimistic that additional pipeline capacity is on the way. With the Line 3 project scheduled to come on stream in late 2020, the Trans Mountain Expansion underway, and pre-construction activities ongoing for Keystone XL, there is potential for medium and long-term production growth with access to global markets and expanded transport capacity into the United States. 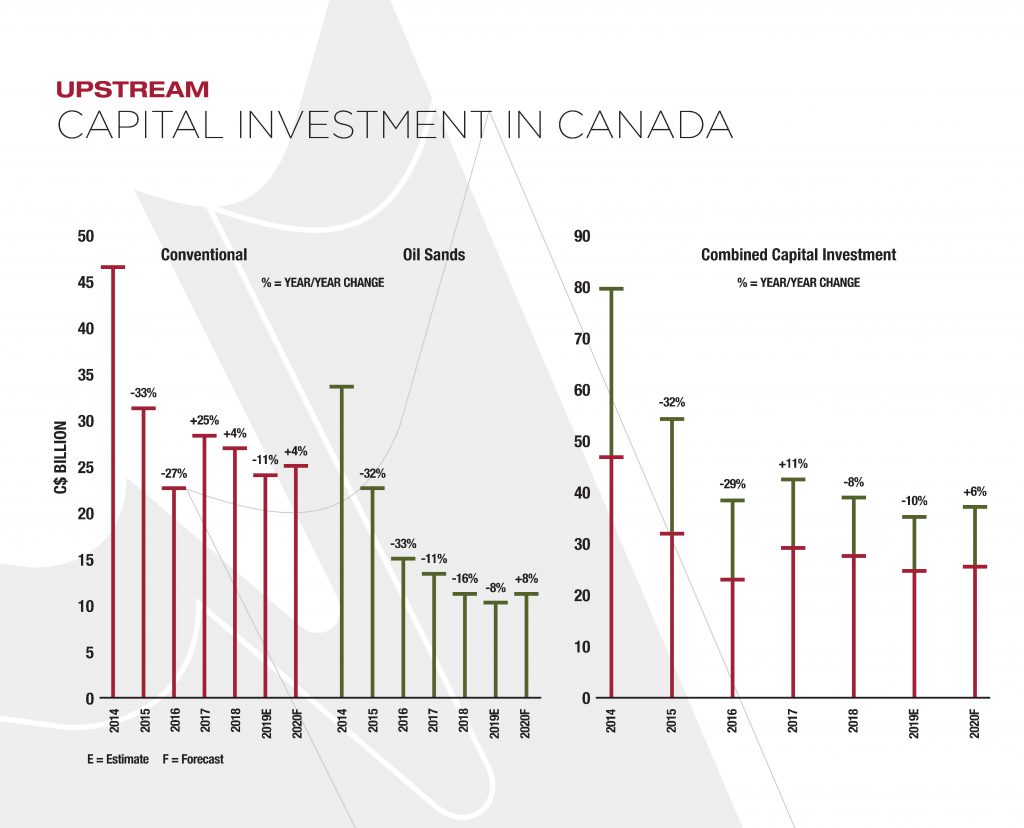 Canada's Role in the World's Future