CANADA AND THE U.S.

Canada and the U.S. share a comprehensive trading relationship of which energy is a major part. Canada is uniquely positioned to contribute to meeting U.S. energy demand.

While the U.S. will continue to be an important market for Canadian energy products, growing oil and natural gas production in the U.S. means that country is not only Canada’s biggest customer but also an energy export competitor. Improvements in Canadian infrastructure such as the Trans Mountain Expansion Project and LNG export facilities, both proposed and currently under construction will be key to enabling Canada to reach more markets, gain full value for our resources and meet the energy needs of other nations. 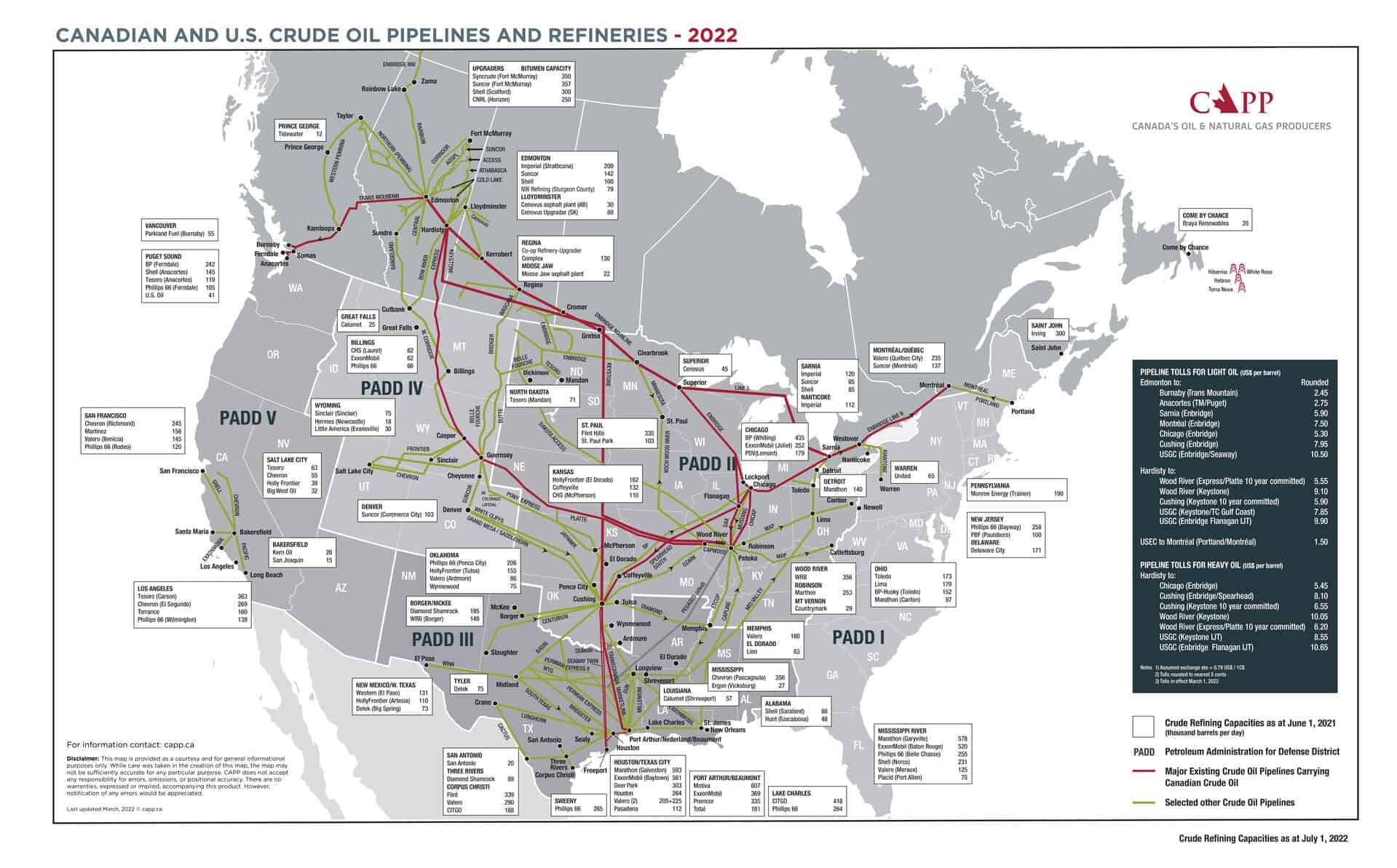 Canadian oil producers supply oil to Canadian markets and export to the U.S.

There are 14 refineries in Canada that have a collective crude oil refining capacity of 2.0 million barrels per day (b/d). (Source: Canadian Fuels Association)

World demand for crude oil is expected to grow in the coming decades. According to the International Energy Agency (IEA) report World Energy Outlook 2022, global oil demand will increase from 94.5 million b/d in 2021 to 102.4 million b/d by 2023, that’s an 8% increase. The combined demand growth from China and India alone is forecast to be 3.1 million b/d. 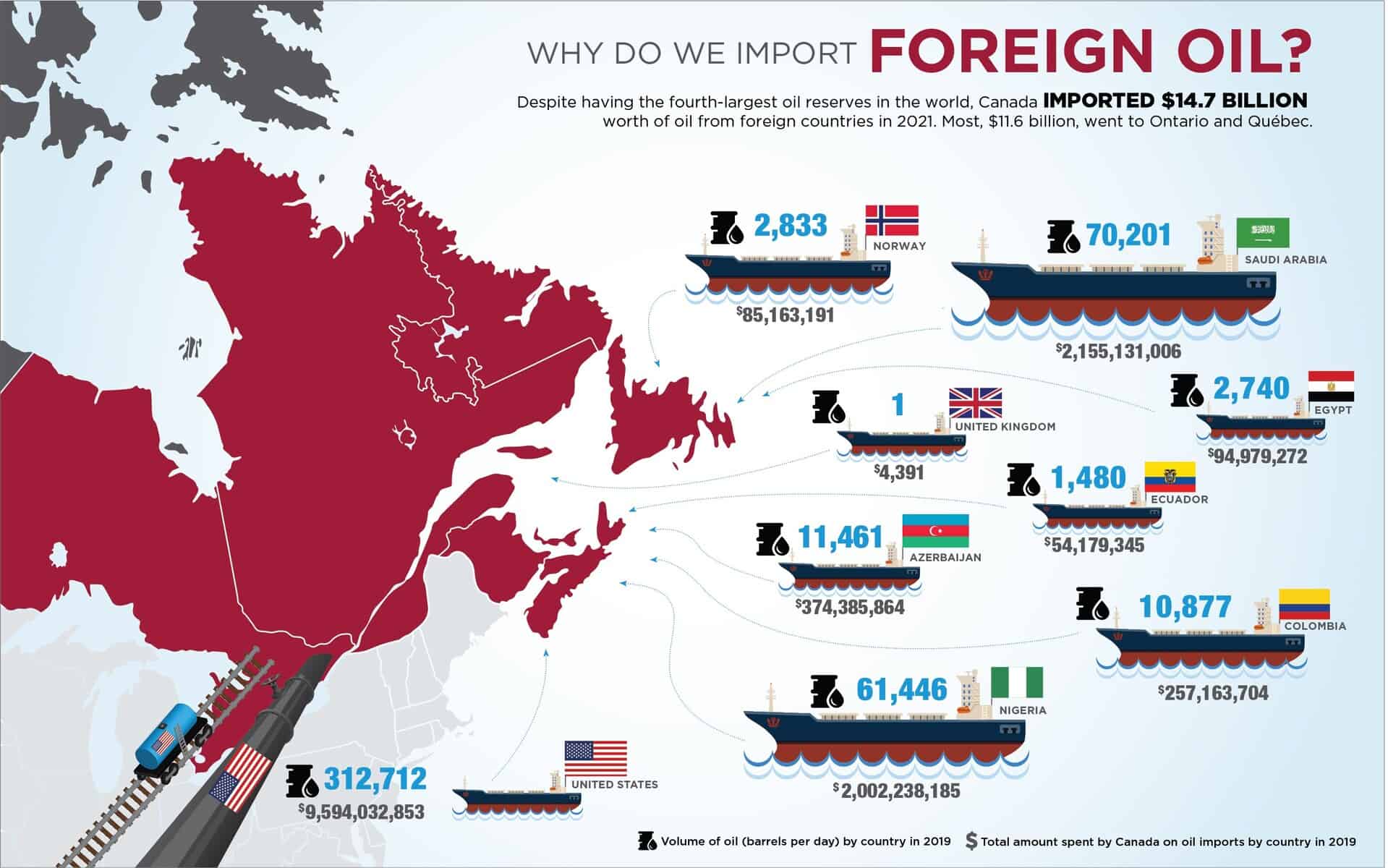 Despite having oil reserves, Canada imports oil from foreign suppliers. Currently, more than half the oil used in Quebec and Ontario is imported from foreign sources.

Canada urgently needs new international markets for our natural gas. At the same time, countries in both Europe and Asia are looking to natural gas and LNG imports to meet their energy needs—some to displace higher-emissions energy sources like coal, and some to become less reliant on natural gas from authoritarian regimes.

Demand for natural gas in the form of liquefied natural gas (LNG) in India, China and Southeast Asia is growing. Also, countries in the European Union, such as Latvia and Germany are actively looking to LNG imports as a way of reducing dependency on natural gas from Russia.

However, Canada needs to act to meet this opportunity. The U.S. Federal Energy Regulatory Commission has approved 15 LNG export plant proposals, most located on the U.S. Gulf Coast. In less than a decade, the U.S. has gone from virtually no LNG exports to becoming now a dominant exporter of LNG around the world. (Source: U.S. Energy Information Agency)

A number of LNG export terminals have been proposed for Canada, but to date only two West Coast facilities are currently under construction, one is undergoing an expansion and there are proposals for two more. Utilizing leading-edge cleantech, these facilities will produce among the lowest greenhouse gas emissions for LNG production in the world. As the world grapples with energy insecurity, Canada is positioned to step up as a secure, reliable and responsible supplier.